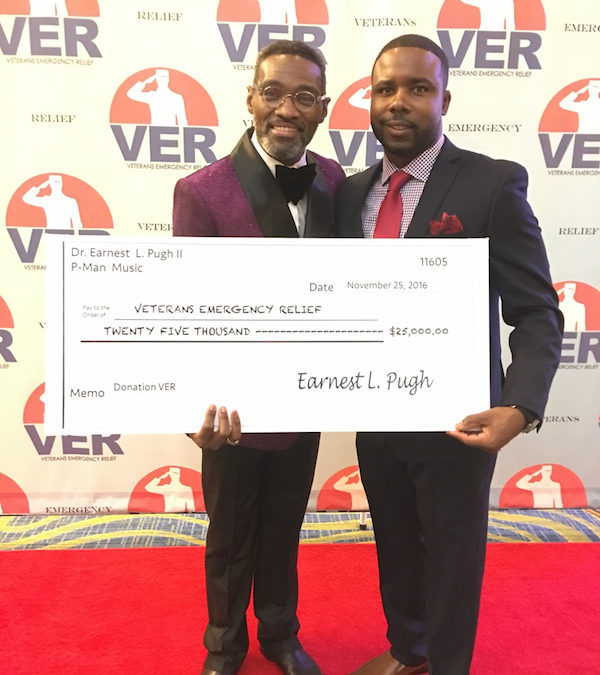 Earnest Pugh, a chart-topping gospel artist known for the Billboard No. 1 gospel radio chart smashes “Rain On Us” and “I Need Your Glory” celebrated his 50th birthday with a star-studded event that has launched Veterans Emergency Relief (VER), a nonprofit organization founded to empower women and to address the unique challenges that female veterans face when transitioning to civilian life.
In preparing to launch VER, Pugh and his team discovered that after leaving combat duty, women are disproportionately displaced with homelessness and joblessness at alarming rates and require greater support for themselves and their families. “Gospel music touches people right where they are in life,” Pugh adds. “As a veteran myself, I wanted to touch these heroes in a tangible way and show them how grateful we truly are for their service.”

Over 100 people attended the ribbon cutting ceremony and launch of VER, including local political officials and members from three branches of the military: The Army, The Marines and The Navy. Several veterans and activity duty military personnel attended and were interviewed by the press which discussed the critical housing and reorientation needs that women encounter after leaving combat situations.

Both the launch for VER and birthday gala became an organic fundraising effort for veterans relief, resulting in friends and family of Pugh and all attendees being compelled to donate to the cause. Among the leading donors was Pugh, who presented a check for $25, 000. “I am grateful to God that these funds will make life easier for some less fortunate veterans out there. I wanted to be among the first to give toward this effort,” Pugh remarked. Well over $40,000 was raised for the organization that evening. 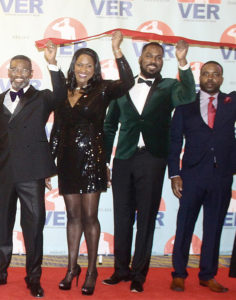 While Dr. Pugh was celebrated and received gifts and citations from attendees, his focus remained on VER and the philanthropic work that the organization seeks to accomplish. “This second part of my life is all about giving back and making a long-lasting difference in the lives of veterans who have given so much by courageously defending our country,” he says. “I want my impact to go beyond the stage. When the music stops and the band goes home, I don’t want there to be any question on how I have used my life to impact the hearts and souls of generations. Music is only one way of accomplishing that task; VER is another.”

About the foundation: Veterans Emergency Relief addresses privation issues such as food, shelter and clothing for women combat soldiers in particular and veterans in general across the USA. For more information, please visit www.veteransemergencyrelief.us